Hundreds of thousands of users fall victim to cyberattacks and the situation is only going to get more complex, especially with the seemingly unstoppable rise of smart devices in our homes.

With this in mind, we have put significant care into equipping Synology Router Manager (SRM) — the operating system that powers every Synology Router — with advanced network functionality that makes it simple to secure any type of network.

In this article, we will explain how to protect your home network and the importance of network segmentation.

Smart devices bring unprecedented convenience to households but may also pose security risks. IoT devices are vulnerable to ever-increasing threats that vendors may not have prepared for. In fact, some IoT devices completely lack update mechanisms. Furthermore, support is inevitably dropped when a smart device reaches end-of-life status, leaving it vulnerable to attacks.

A compromised IoT device can be silently hijacked to become a part of a botnet or used to monitor your living habits. It may even compromise devices such as computers, notebooks, tablets, and NAS that are connected to your home network. This is called a lateral movement attack, and it commonly originates from a vulnerable NAS or PC infecting IoT devices through an insecure network.

It should be clear by now that a proactive approach to network security is imperative. We recommend taking the preventative measure of separating your internet-connected devices into different networks. For the average home user, this would be a home (primary) network and an IoT network. For certain individuals, guest networks may be suitable.

The process of creating separate VLANs or virtual local area networks is very simple with Synology Routers. Let’s examine these networks and see how SRM makes it easy to set them up. 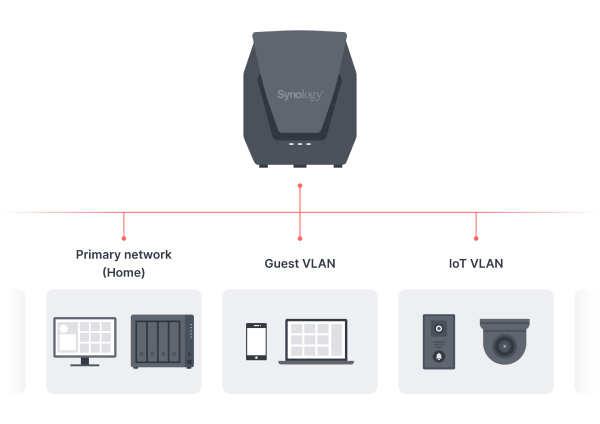 Figure 1. Simply creating these VLANs can significantly increase the security of your network.

The primary network that is established by default is where most of your devices reside: laptops, tablets, smartphones, smart TVs, smart home hubs, and smart speakers. Although smart TVs, smart speakers, and smart home hubs are IoT devices, they tend to receive consistent security updates and can be left on the primary network. Alternatively, they can be moved to the IoT network and made reachable from specific devices on the main network. 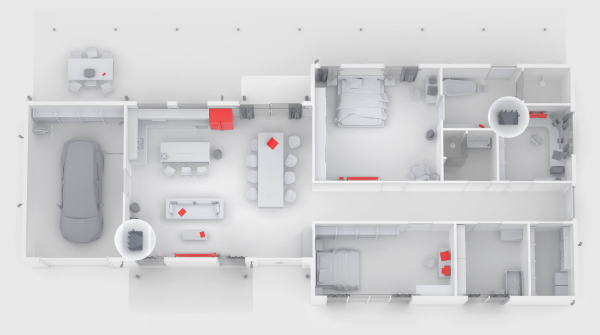 Figure 2. Some of the devices that are typically found in home networks.

Safe Access also features robust parental controls at no extra charge with advanced features such as internet use time limits, content filters, internet use monitoring, and the ability to create custom policies for each device. 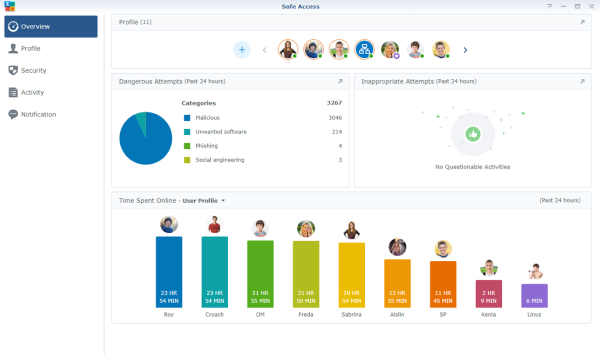 Figure 3. Safe Access’s main dashboard provides a bird’s-eye-view of your network use.

Another security-focused package available in SRM, Threat Prevention, inspects incoming and outgoing packets (internet traffic) and drops them if they are malicious.

IoT devices have taken the market by storm. Everything from refrigerators and coffee machines to dehumidifiers and garage door openers now exists as IoT devices. While they undoubtedly bring conveniences, they can each represent a potential security risk. 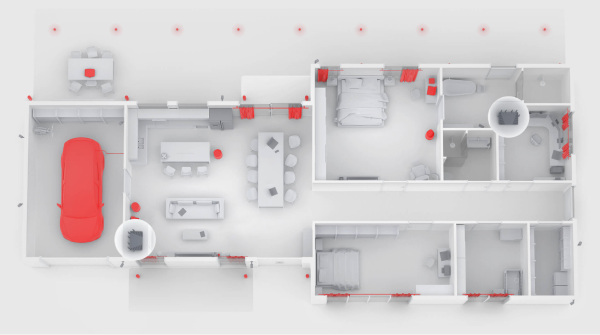 Figure 4. Some of the smart devices that are commonly found in households nowadays.

With SRM, you can either isolate them onto their own network or allow one-way communication to devices on other networks via firewall rules. For example, firewall rules can be set to only allow connections initiated from a NAS to communicate with IP cameras, but not the other way around, preventing the risky IoT device from potentially infecting the NAS. 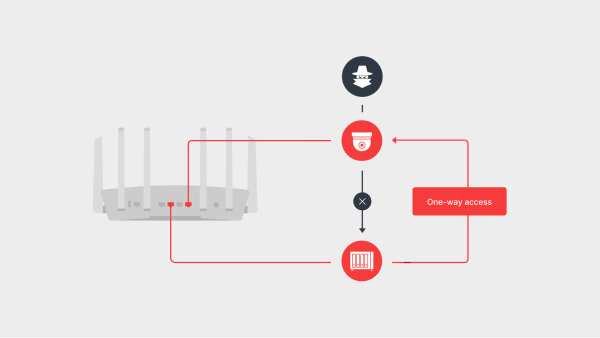 Figure 5. Setting one-way firewall rules to allow for access to the IP cameras from the NAS.

The technology behind Threat Prevention, called Intrusion Prevention System (IPS), is an integral part of many enterprises’ security defenses. This technology is available on all Synology Routers and can be used to protect your home and IoT networks, alerting you if any of your devices have been compromised so you can take action.

While guest networks may seem overly cautious, guests’ smartphones may have been incidentally infected with malware without them knowing, and that malware may end up infecting devices on your home network. To avoid the stigma of having a guest network, we recommend giving it a less conspicuous SSID name (do not use the word “guest”).

Creating a guest network with Synology Routers is only a few clicks away. Advanced features, including password rotation, which automatically generates new guest network passwords at regular intervals, and guest network portal, which shows a customizable landing web page to users before they can access the guest network, are available for power users.

How to create a guest network

Synology Routers have you covered

Our routers give you all the tools you need to ensure safer and more secure internet, with built-in software that works behind the scenes to keep threats at bay while network segmentation functionality makes creating separate networks for different devices simple.

See why they are so highly praised and learn more about all their features here.

DNS over HTTPS: things to consider when you go “private”
What it means for privacy, security, and parental controls, and whether there’s a way to have them all. The term “DNS over HTTPS (DoH)” has been hitting the headlines in the past month: Google announced its general availability in June, and in July, Mozilla was nominated for “2019 Internet Villains” by the UK Internet Services Providers’ Association (ISPA) for introducing DoH to Firefox (the nomination was later withdrawn due to a global outcry). This epitomizes how a new technology is disrupting existing implementations – but not just to ISPs and government agencies. Let’s take a look at what benefits DoH
RouterDoHNetwork SecurityWeb Privacy
Building an intrusion prevention system for small businesses and homes
How a once enterprise-only technology was brought to Wi-Fi routers – and what challenges we have tackled. Once upon a time, we protected ourselves against cyber attacks by installing antivirus programs on computers. Then we entered the IoT era in which everything is connected – even baby monitors and video doorbells can be hacked. Tech-savvy users have long learned to set up firewall rules, but no matter how granular they are, the rules are static by nature. What if we can have automatic, network-wide protection that keeps itself up to date? This was the question we had in mind when
RouterIPSThreat Prevention
How we’re protecting the privacy and security of your surveillance videos
Recent media attention has been drawn to issues surrounding privacy and security among security cameras, with a major vendor exposed to have glaring security flaws as well as not living up to their privacy claims. In this article I will clarify how our surveillance solutions ensure the privacy and security of your data. Your data is 100% owned by you Synology Surveillance Station is a video management system that supports over 8,300 IP cameras from over 140 brands, including all ONVIF-compatible IP cameras. Recording to a Synology NAS or DVA means that you have full ownership over their recording and
SurveillanceC2 SurveillanceData PrivacySurveillance StationSynology Cameras
Big advances coming to data management in 2023
Building an efficient data management infrastructure is crucial for businesses of any size. As organizations continue to increase the amount of data they acquire, consume, and share across departments and with the outside world, demand for flexible and reliable storage solutions is stronger than ever. The coming year will see a series of updates to our DiskStation Manager (DSM) operating system and Synology C2 cloud infrastructure that will deliver better scalability, dependability, and mobility to new and existing deployments. These will bring teams the agility to manage data at scale while maintaining the security and control they need to streamline
C2NASCollaborationData ManagementDriveDSMStorageWORM
Building reliable backup repositories with Synology storage systems
Safe and intelligent storage systems are key to keeping a business running. This is no different for backup systems used to protect IT infrastructure. Synology storage solutions include our Active Backup suite, a powerful family of applications introduced in 2018 to safeguard endpoints, servers, VMs, and even Microsoft 365 and Google Workspace accounts. At the same time, many businesses run third-party backup software to store backups on their Synology system. In fact, Synology's range of converged NAS/SAN storage systems has been deployed at tens of thousands of companies worldwide, including nearly half of Fortune 500 companies, to store business-critical data and
NASActive BackupActive InsightBackupDSMVirtualization
How we’re supercharging video surveillance in 2022
Simply listing the new features in Surveillance Station 9.0 belies the magnitude of improvements to our video surveillance suite. As we release the ninth iteration of one of our signature products, we are proud to say that users large and small will find securing their premises an altogether more pleasant and integrated experience. In Surveillance Station 9.0, everything is simply more within reach. An all-new experience When you first access the new Surveillance Station, what you’ll immediately notice is the sleek dark interface. Adopting many users’ preferred look is one small way we are making monitoring a better experience, but
SurveillanceDeep Video AnalyticsSecuritySurveillance Station